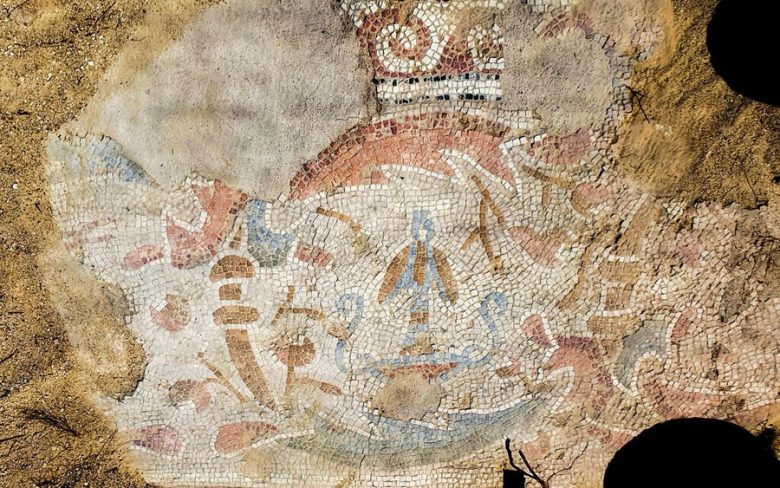 A second time Byzantine nunnery honoring Hannah from the Bible has been uncovered in central Israel. The monastery, which is thought to be at least 1500 years old, was first unintentionally found in 2002 when the army was constructing a road in the foothills east of Shoham. Now, according to a news statement from the Israel Antiquities Authority, a tiny part of the Horbat Hani site, which is situated within of a military zone and is also known by the Arabic local name Buri El-Hanaya, has been accidentally destroyed by army action.

According to Aleteia, researchers unearthed an early Christian holy building made up of a complete church and a monastery after portions of the remnants were originally unintentionally uncovered in 2002. It was evident this was a monastery from the mosaics discovered there, which included dedicatory inscriptions to an abbess and an inn for travelers in addition to producing wine and olive oil. Orphans may have been housed by nuns in the houses; a subterranean burial complex included the bones of women and children but no men.

Archaeologists came to the conclusion that the nunnery was devoted to the historical Hannah, the mother of the prophet Samuel, based on the use of the local name Buri el Hanaya. Hannah makes an appearance in the first chapter of Samuel as one of Elkanah’s two wives, along with the productive Peninnah. According to the text, Hannah is continuously teased by Peninnah and is ashamed that the Lord has barren her. It says, And her rival vexed her sore, to make her fret, because the Lord had shut up her womb” (1 Samuel 1:6). Hannah and Peninnah’s rivalry has frequently been paralleled in rabbinical literature to that of Sarah and Hagar and Rachel and Leah.

According to 1 Samuel 1, 24, Hannah vows that, if she has a son, she will dedicate him to the service of God and will never cut his hair:

And she did have a son, who would be Samuel: “And when she had weaned him, she took him up with her, with three bullocks, and one ephah of meal, and a bottle of wine, and brought him unto the house of the Lord in Shilo” (1 Samuel 1:24).

Dr. Eitan Klein, an archaeologist of Israel Antiquities, claims that the name of the nearby Arab hamlet shows that the location has historically been thought of as Hannah’s final resting place.