The Roman Empire at height of its power the Iberian Peninsula, the Persian Gulf, the British Isles, and the foothills of the Caucasus even areas that are currently a part of the Russian Federation, such as Crimea, were ruled by the “Eternal City.”

Crimea (or Taurica, as it was called in ancient times) entered firmly into the sphere of Roman interests in the first century BC. The Bosporan Kingdom, which at the time had its capital at Panticapaeum (modern Kerch), was the most powerful force on the peninsula. It was created in the fifth century BC as a consequence of the union of many Greek colonial city-states. It also had jurisdiction over the eastern Sea of Azov coast in addition to the eastern portion of Crimea (present-day Krasnodar Territory of Russia).

On the peninsula, the Scythians, who had long been a rival of the Bosporan kingdom, had already begun to notably wane in strength. The Greek city-state of Chersonesos, located on the southernmost point of Taurica, obstinately struggled for its independence from its larger neighbors. However, it occasionally still ended up in the hands of the Bosporan kings.

The Bosporan kingdom could not become a worthy rival to Rome, which allowed the ‘Eternal City’ to directly determine political life in the peninsula.  It served as a mediator in disputes between nations, ousted kings it disagreed with, and nominated ally-friendly candidates for the throne. As a result, if the emperors did not like Panticapaeum’s policy, they may “give” Chersonesos to the Bosporan kings or withdraw their gift, giving the city autonomy.

The fleet was an efficient tool of the Roman Empire in the region, appearing from time to time in the area of the Cimmerian Bosporus (Kerch Strait) and imposing the will of the ‘Eternal City’ on the local authorities. The Romans, on the other hand, did not have significant military forces on the peninsula until the first century AD.

In 44 AD, Rome attacked the Bosporan monarch Mithridates VIII, who sought to distance himself from Rome by backing his brother Cotis. By 49 AD, the joint Roman-Bosporan force had won a resounding victory not only in Crimea, but also in territory around the modern-day Russian cities of Sochi, Novorossiysk, and Krasnodar.

The Scythians besieged Chersonesos in 62 AD, prompting the empire to send military relief. Emperor Nero dispatched troops from the neighbouring province of Lower Mesia (modern Romania) to Crimea, where they pushed the enemy away from the city walls.

Since then, there has been a steady increase in the Roman military presence in Taurica. The main Roman military camp on the peninsula, Charax, was established in 69 AD to the east of Chersonesos on Cape Ai-Todor. Chersonesos had a substantial military garrison stationed there.

The Ravenian squadron, vexillations (detachments) of the V Macedonian, XI Claudian, and I Italian legions, as well as auxiliary forces, were all stationed there at various points in antiquity. Taurica may have housed as many as 2,500 Roman soldiers in all.

Panticapaeum was also home to the Roman garrison. The Bosporan Kingdom even joined the empire for a brief period of time under Nero (from 63 to 68 AD), but following the emperor’s demise, it reclaimed its independence.

By annexing the local state formations, Rome did not set itself the objective of conquering the Crimean peninsula by force. It was far more interested in using them as a shield against the oncoming barbarian hordes from the east.

However, the Romans were powerless to halt the Great Migration of Peoples, which started in the fourth century. As a result, they progressively withdrew their military forces from the peninsula in order to safeguard the capital. However, the southernmost point of Crimea and Chersonesos remained under the control of the Eastern Roman Empire (Byzantium) until the start of the 13th century. 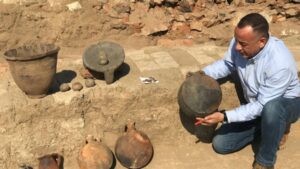 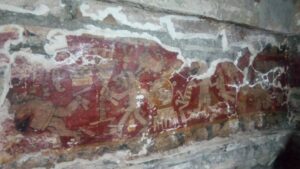