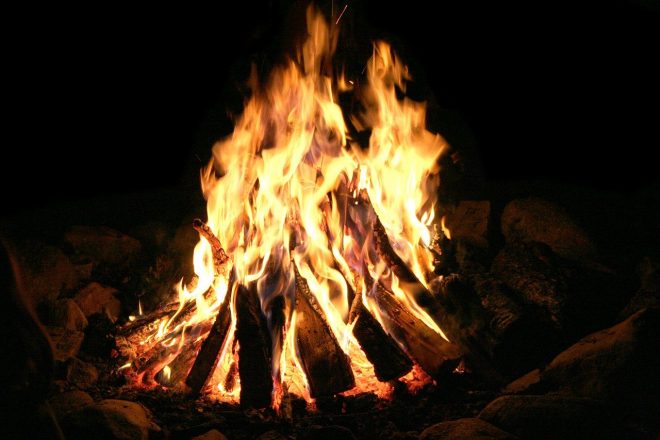 The researchers were able to detect subtle evidence of heating by fire in stone artifacts dating from around one million years ago by using one of humanity’s newest technologies artificial intelligence to investigate one of its oldest. The findings add to the growing body of knowledge about how fire influenced the progenitors of modern Homo sapiens.

“It doesn’t tell us how they were using the fire or if they were making the fire, but it raises that association more tightly,” said Michael Chazan, a paleolithic archeologist at the University of Toronto and a co-author of a paper that documents the find, published Monday in the Proceedings of the National Academy of Sciences.

There is evidence of controlled fire use as far back as 200,000 years ago, when Neanderthals and other close relatives of modern humans were present. However, there is less evidence that fire was employed in previous times. Researchers disagree whether fire was used infrequently at the period or whether it is simply too difficult to detect in earlier samples.

Filipe Natalio and his colleagues at the Weizmann Institute of Science in Rehovot, Israel, devised a computer program based on deep learning, a type of artificial intelligence, to evaluate data collected from stone fragments subjected to UV light in order to shed light on the question. The approach can tell whether heating the stone to hundreds of degrees changed its chemical structure. Such indications are not visible to the naked eye, but the computer-aided system with artificial intelligence can detect them.

After training the algorithm on laboratory-prepared test materials, the team applied their method to a set of real samples obtained from an archeological site studied by Dr. Chazan: Evron Quarry, near Israel’s Mediterranean coast. In fact, other excavations in the region have unearthed a large number of animal fossils and Paleolithic tools dating from 800,000 to one million years ago.

The presence of hand-held flint tools suggests that the site was used to butcher game by Homo erectus – an early human ancestor – between one million and 800,000 years ago. There had previously been no evidence of fire use.

The deep-learning algorithm, to the team’s amazement, detected the signal of heating in some of the flint tools. Further inspection of the sample revealed charred elephant tusk fragments.

“We were excited … We were not expecting to find fire at this site,” Dr. Natalio said.

The researchers could not rule out the possibility that the result was caused by a natural wildfire. However, the discovery raises the possibility of a more extensive search for evidence of fire at multiple sites of similar or greater age, including places where such evidence could be unambiguously attributed to Homo erectus.

More discoveries this issue would support Harvard University professor Richard Wrangham’s theory that the use of fire for cooking was a watershed moment in human evolution because it provided easier access to the calories found in plant and animal tissue. This, in turn, could explain changes in the human body, such as the appearance of larger brains and smaller digestive tracts in Homo erectus around two million years ago. Skeptics argue that there isn’t enough evidence to support fire use at such a young age.

Susan Mentzer, a fire researcher at the University of Tübingen in Germany who was not part of the research team, said the technique created for the Evron Quarry study should now be used more often, even in sites where there is no suspicion of burning. And “It’s possible there are many more sites that will yield similar results,” she said.

Dr. Chazan added that plans are in the works to accomplish just that at two sites in Spain and Georgia that have evidence of early human occupation.

Dennis Sandgathe of Simon Fraser University in British Columbia, who was not involved with the study, applauded the team members for their prudence in presenting their findings. He went on to say that testing should be done at other similar-aged sites with no evidence of early Homo species activities so that researchers may better comprehend the traces left by natural fires in the geological record.

“Then it really starts to appear like they were the ones performing the fire,” Dr. Sandgathe added, if evidence of heating in such locations is scant compared to areas where humanity’s distant ancestors lived.

The Globe and Mail