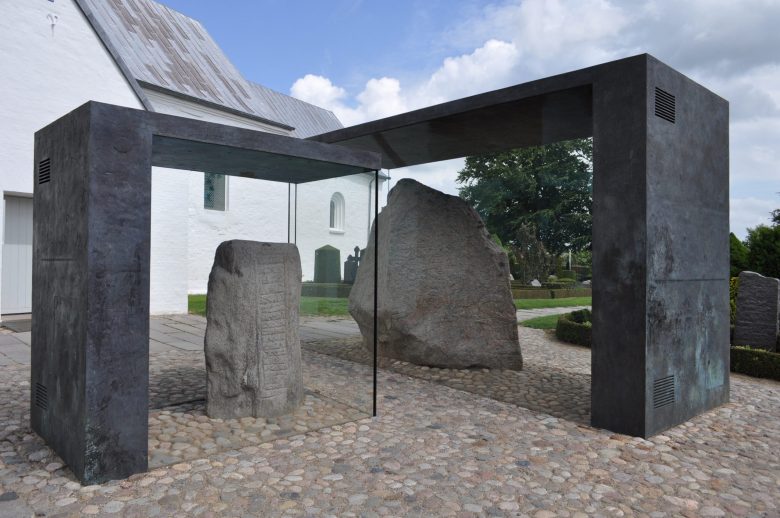 Mosekaerstenen is the 44th runestone discovered in the Randers region, and the National Museum must now assess it to decide how much the discovery couple will be compensated.

A runestone from the Middle Ages was uncovered beneath a property in Randers. The stone, which is two metres long and 80 cm wide and weighs about 900 kilograms, might be older than Denmark’s famed Jelling Stones, which, along with neighboring burial mounds and a tiny church, form one of the country’s seven UNSECO World Heritage Sites.

While renovating their kitchen, Lene Brandt and her husband, Anders Nielsen, came across this piece of history. After declining a neighbor’s offer to chop the stone into pieces, the couple used a crane to carry the stone out. The runes were first seen in a photo uploaded on Facebook by an amateur archaeologist.

“The more floor we removed, the larger the stone became. I’m a little proud that it was found here, and that we managed to get it transported out in one piece.” said Brandt.

To confirm their discovery, the couple called an archaeologist from Museum Østjylland. Benita Clemmensen, the museum’s head inspector and archaeologist, then called Lisbeth Imer, a runologist at Copenhagen’s National Museum, who interpreted the lettering on the stone.

The stone will now be added to the official collection of the National Museum, with the potential of it being loaned to Museum stjylland for an exhibition. It was given the name “Mosekaerstenen” after the Mosekær settlement where it was discovered.

Mosekaerstenen is the first rune stone unearthed in the region around Brandt and Nielsen’s home since 1995, when one was uncovered during building work at Borup Church north of Randers.

Mosekrstenen currently belongs to the state under the Danef Law, which assures that important findings from Denmark’s history are preserved for future generations. However, a so-called Danef Bounty may be awarded, the amount of which is established by the National Museum based on the find’s rarity and material worth.

Brandt and Nielsen are still waiting to hear if their kitchen remodel will be covered by the Danef Bounty.