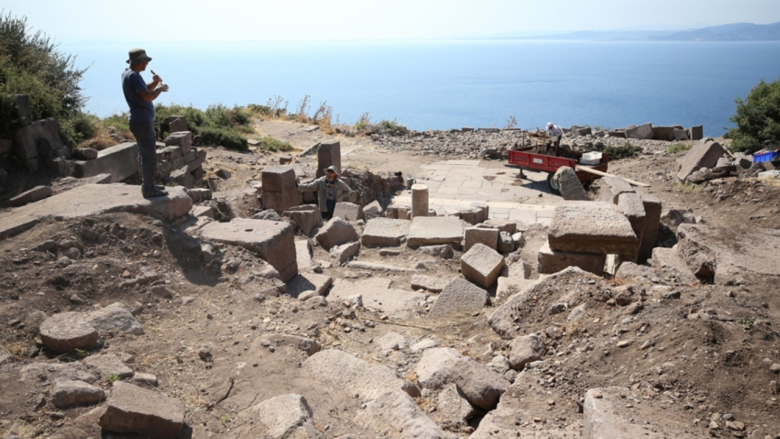 In Çanakkale Assos, which hosts cultural heritage and riches with its ancient theatre, agora, necropolis and walls, the remains of a 2,200-year-old fountain structure belonging to the Roman period were found.

Located within the borders of Behramkale village in Çanakkale‘s Ayvacık district, the ancient city sheds light on the past with Roman and Byzantine artifacts unearthed during excavations.

Head of the Excavation Delegation, Çanakkale Onsekiz Mart University Faculty of Arts and Sciences Department of Archeology Prof. Dr. Nurettin Arslan, told AA that they are continuing the excavations with the support of the Ministry of Culture and Tourism, the Turkish Historical Society and the main sponsorship of İÇDAŞ.

The excavations in Assos, one of the excavations carried out for 12 months in Turkey, have continued uninterruptedly for 42 years.

A team of 30 scientists and academics from some universities in Germany is working on the excavation. Nurettin Arslan “Since the field work conditions are a bit heavy in the winter season, we continued to document the archaeological materials we found before. In addition, we made preparations for the restoration of the city walls, especially in the north of the city. With the arrival of the summer months, our active work in the field began. We are working in a different area in the ancient city.” said.

He explained that one of his most important works is the Byzantine period structure, which has been excavated for many years and has many places. In this large-scale area, 14 rooms have been excavated, and there are still many rooms to be excavated. “We started working again in one of these complex rooms. I think we will obtain important findings from the period. Our second study area in the excavations is a well-preserved gymnasium, that is, the high school of that period, located among the educational institutions of the city.” said.

Prof. Dr. Arslan stated that this year they will also excavate the cisterns built as an add-on in the Roman period in the gymnasium.

He gave information about the fountain structure they reached in front of the cisterns.”The function of the ruin on the eastern edge of the agora was unknown for many years. Work started on this structure last year. It is still continuing this year. According to our initial findings, we learned that it was a magnificent fountain structure. We know many cisterns in Assos, but this is the first time we come across a monumental fountain structure. It is a very important building in terms of urban architecture. The statistics, drawings and restoration works of the artifacts found outside the land are still continuing. Since it was built in the 2nd century BC, we are talking about a fountain that was built approximately 2,200 years ago.” There is a water reservoir behind the Roman fountains, while the fronts are shaped like a temple with columned entrances.

Some of the columns of the fountain in Assos have disappeared, but the pedestals and columns are made of marble and have very unique profiles. “We think that this building was also severely damaged during the Byzantine period. However, after the first excavation was completed, we can resurrect the existing pieces and enable the visitors to perceive the view in front of the fountain a little more.” he said.

Assos is located on a high hill, in an area devoid of natural water resources. For this reason, there are underground water tanks and cisterns made by carving or cutting rocks in the official structures and residences of the ancient city.

Arslan said, “According to an inscription we have, an engineer built a water canal in Assos in the 3rd century BC, there is even a poem about it. It is not possible to talk about a canal that brought water to the city before this date. We can say that the water was carried from the spring to the city. At the same time, there is a stream flowing about 500 meters north of the city.  At that time, people may have obtained their water from this stream to drink quality water.” 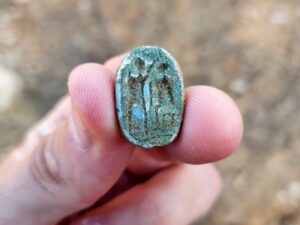 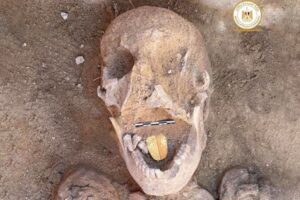