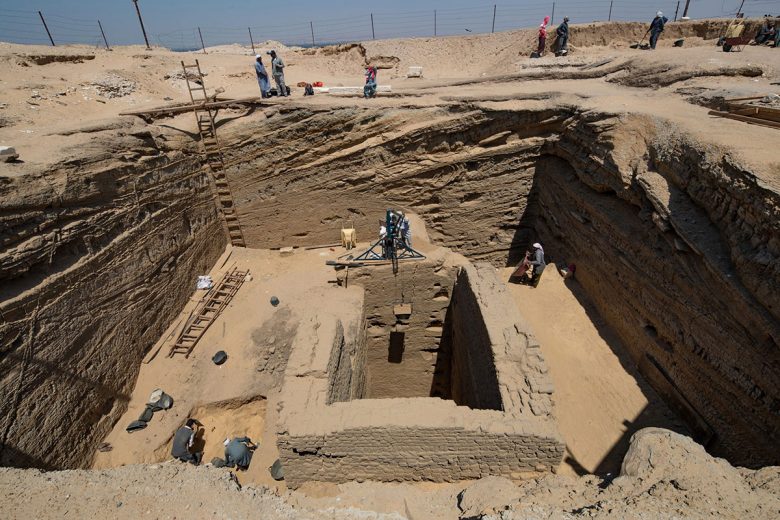 Archaeologists from the Czech Republic recently uncovered the mysterious tomb of an ancient Egyptian general who commanded an army of foreign warriors.

The secret tomb of Egyptian general Wahibre-mery-Neith was discovered at the Abusir Necropolis in Giza, home of the famed pyramids. The Abusir tomb can be most probably dated to late 26th Dynasty or early 27th Dynasty (early fifth century BC).

The military official commanded a squadron of elite fighters from Asia Minor and the Aegean islands. The most important title held by Wahibre-mery-Neith, mentioned in his burial shaft, is that of “Commander of Foreign Mercenaries”. thus supervised and commanded mercenaries coming from the Aegean islands and Asia Minor in the age of the first true globalisation of the ancient world.

His tomb, which was discovered, included over 350 pieces of priceless pottery, including items used in mummification and embalming. This made it a valuable source for learning more about the interesting procedure.

The number of items and materials used in mummification found in an Egyptian tomb has never been this large.

The military commander’s sarcophagus, which had been destroyed by looters in antiquity, as well as the coffin, which measures 7.5 feet long by 6 feet wide, were discovered by the team of archaeologists from the Czech Institute of Egyptology at Charles University in Prague.

The coffin was once decorated with a stone carving of a head, but that was shattered. It also contained inscriptions from the Egyptian Book of the Dead.

Although archaeologists discovered his coffin, as well as over 400 wooden figures carved to be his slaves in the afterlife, religious scriptures, and a plethora of costly things, they did not discover the Ancient Egyptian general’s actual mummy in his tomb.

According to the news agency Greek Reporter,  Experts surmise that He most probably died very unexpectedly, when his tomb and burial equipment were still unfinished.