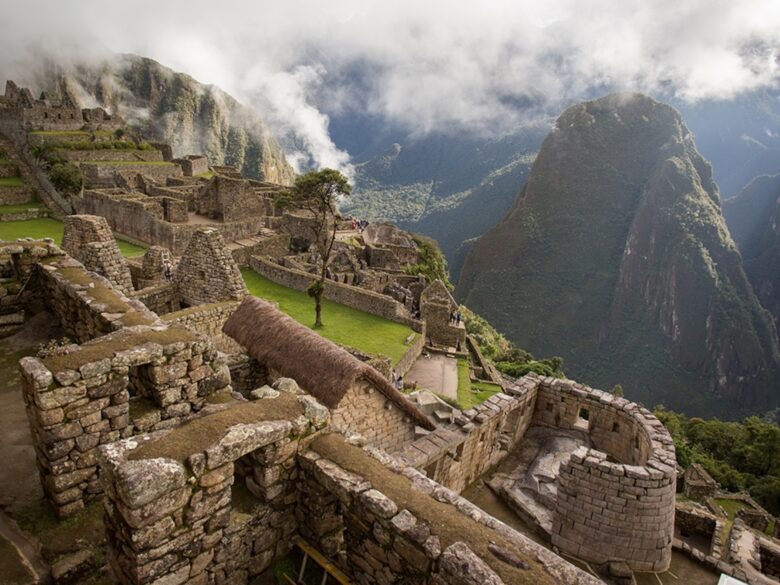 Machu Picchu is an Inca settlement built on top of a mountain stretching out from the clouds to the sky. The site, above the Urubamba river, has been variously described as a fortress, imperial sanctuary, and ceremonial site.

The site founded by the Pachacuti Inca Yupanqui in 1450 AD, it had a capacity of about 1,000 people at its peak and was ranked among the holiest of all places for the Incas. After the fall of the Inca empire, Machu Picchu was abandoned and forgotten, but was rediscovered in 1911 by explorer Hiram Bingham. Machu Picchu is listed as a World Heritage Site by UNESCO.

Machu Picchu means ‘old hill’. It is an imperial property founded and owned by the Inca ruler Pachacuti Inca Yupanqui. Ownership of the site was later transferred to Pachacuti’s successors. Upon its rediscovery by explorer Hiram Bingham in 1911 AD (local residents of the valley always knew of the site’s existence) it was claimed to be the last capital of the Incas. However, this proved untrue when the last capital was discovered in Vilcabamba, down the Urubamba Valley.

Another hypothesis put forward by the first historians; Machu Picchu was a fortress, because it had strong walls, great towers, and dry ditches to support this theory. The need for fortification was perhaps driven by severe drought, which exacerbated competition for resources. This would also explain why the site was not used for very long as the need for such fort areas decreased as the water situation improved. Still, further study revealed that much of the architecture was designed for religious purposes and fortifications could be placed in this sanctuary to ensure that only a select few could enter. To further support this interpretation, a road was discovered connecting the area to several settlements along the valley.

The most likely purpose of Machu Picchu at the time was probably as a sacred place for the sun god Inti and as a reminder to the recently conquered local population of the power of the Pachacuti and Inca empire, whose capital was in Cuzco. The Incas left this area shortly before Pizarro and the Spanish conquistadors arrived. However, the invaders never reached Machu Picchu, and the place was not recognized for 400 years.

Architecture of the city

It is a perfect settlement with many features such as being able to watch any danger that may approach from all over the canyon, being able to dominate the sunrise and sunset, being close to water sources and being suitable for agriculture.

It is also a good example of Inca architecture’s of shaping around natural terrain. The ridges were turned into a plateau to be built on, and the slopes were terraced using stone trenches. In addition, structures were built that would be aesthetically compatible with their surroundings. For example, the profile of the Sacred Rock actually mimics one of the mountain peaks behind it. Often the windows and doors are deliberately positioned to capture the best views of the surrounding mountains.

It is estimated that the construction of the city took 25 years. First, the lowest walls and rock protections were built on them for earthquake and erosion resistance. Then, the planting areas of the terraces were arranged. Houses for habitation and craftsman and production areas were built on it. The most important buildings such as the temple, observatory and tombs are placed on the top. The city square is placed in the middle of the city, which rises like a pyramid. Many of the buildings showcase the great rock carving and masonry skills of the Incas. The buildings consisted of block walls that were cut with great precision and fit together.

In other words, while many tribes still live as “hunter-gatherers” on the plains of the same continent, the Incas have succeeded in creating a highly developed civilization and city on the top of the mountains.

The Incas are an indigenous people of South America who established a large empire in the Andes and foothills between the 12th and 16th centuries. At the beginning of the 15th century, the Incas made conquests to expand their lands. In the 16th century, the Incas became an empire of about 12 million people, stretching along the Pacific coast and the Andes, from the northern border of today’s Ecuador country to the Maule River in central Chile. With their highly advanced architectural techniques, the Incas built irrigation systems, palaces, temples, and castles that are still standing.

However, Francisco Pizzaro, who made his first exploration adventure on behalf of Spain in 1524, killed the Inca ruler Atahualpa with a small army in 1531, captured the rulership and declared Spanish sovereignty in the Inca lands.

A small number of natives, mostly descended from the slain Inca, settled in villages in the Andes. These natives, who speak the Quechua language, which make up 45% of Peru’s population today, still practice agriculture and animal husbandry with traditional methods. 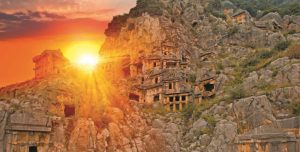 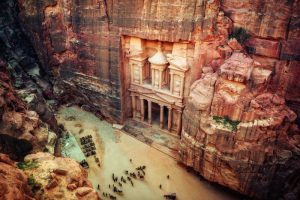 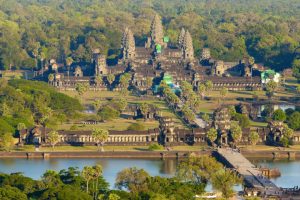