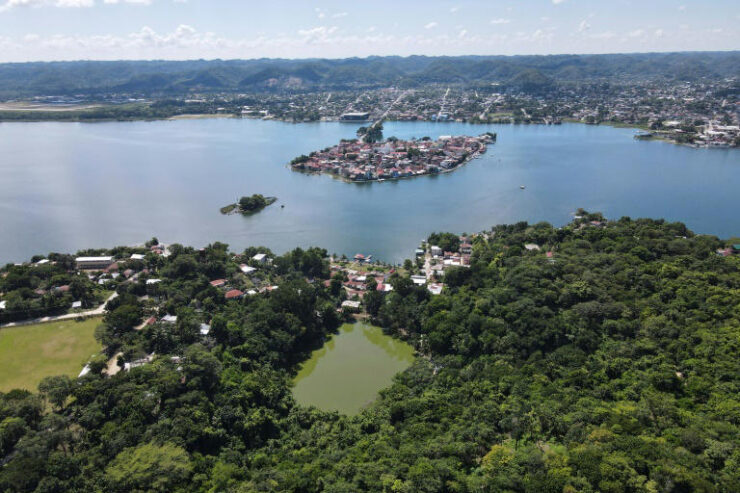 At the location of the final Mayan stronghold in Guatemala, human burial grounds and Spanish pistol bullet fragments were discovered.

Archaeologists have found items at the site of the final Mayan city, including ceramics, human burial places, and Spanish rifle bullets, officials announced.

According to the archeologist in charge of the dig, the latest excavation operation got underway in June in an effort to learn more about the Tayasal outpost, where Mayan settlers first arrived in 900 BC during their Preclassic period.

Tayasal was the final Mayan city to fall to the Spanish in 1697, a century after Europeans first arrived in what is now Guatemala, Suarlin Cordova said.

“More than 100 years passed in which the northern part of Guatemala was totally outside of Spanish rule, and this happened mainly because the jungle functioned as a natural border that made the arrival of the Spaniards to these places very difficult.”

Hernan Cortes, a Spanish conquistador, traveled through Tayasal in 1525 on his way to what is now Honduras. Hernan Cortes is the sailor who invaded Mexico on behalf of Spain. He is also the cousin of Francisco Pizarro, who occupied the Inca lands that is present day Peru.

The majority of the Tayasal site’s structures are buried beneath soil and vegetation in a seven-square-kilometer area close to Lake Peten Itza. A 30 meter high acropolis that served as the residence of the governing elite, according to studies, is among the partially visible structures at the site. An ancient pre-Hispanic water well is also clearly apparent.

Jenny Barrios of Guatemala’s Ministry of Culture and Sports, said, one of the project’s goals is to improve the site so that tourists may better “appreciate” the huge region’s Mayan archaeological worth.

Between 250 to 900 AD, the Maya civilization peaked in what is now southern Mexico, Guatemala, and portions of Belize, El Salvador, and Honduras. Archaeologists used high-tech mapping equipment in 2018 to virtually reveal a large network of Mayan ruins that had been hidden for millennia in Guatemala’s thick jungles, according to CBS News‘ David Begnaud.

The unearthed terrain had nearly 60,000 interconnected buildings, including houses, farms, roadways, and even pyramids, as well as before undiscovered cities. By using lasers from an aircraft to break through the impenetrable jungle canopy, researchers and archaeologists were able to find the ancient ruins.

Previous estimates put the Maya lowlands population at 1 or 2 million people. However, scientist now believe that up to 20 million people may have lived there.