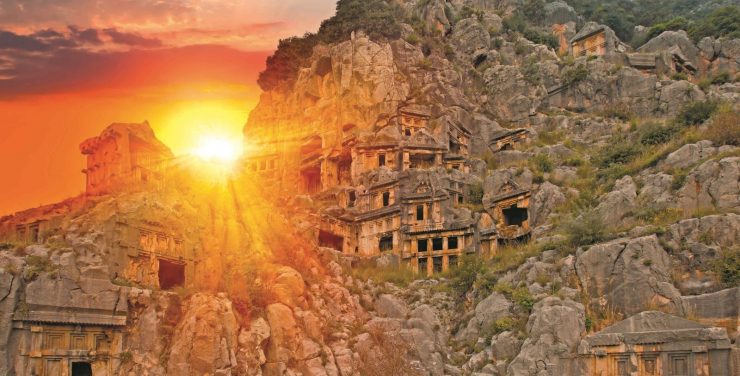 Myra is an ancient Lycian city located within the borders of Demre district of Antalya. The fertile lands of the city, which takes its name from the plain on which it was founded, and its advanced structure in transportation have made Myra an important city throughout history. There are also historical artifacts from the Byzantine and Roman periods in the city, which served as the capital of the Lycian Civilization for a period, together with its activity in the field of trade. In the city, which lost its richness and importance due to various reasons over time, artifacts from different periods can be visited today. The majority of the artifacts in the city, which spread over a wide area, remained under alluvial deposits.

Although the ancient city of Myra was first recorded in written records as a member of the Lycian alliance, the remains found date back to the 5th century BC. The city, which developed in a short time with its fertile lands and transportation channels, managed to become one of the largest cities of the alliance. Myra, which is among the six big cities of the Lycian alliance, served as the capital of civilization for a period. Myra, one of the six cities in the Lycian civilization with three voting rights, proved how important it is by having the title of “Brightest City”.

In addition to the fertile lands, the success of the city in the field of trade also played a role in the development of Myra. Andriake Harbor was used not only as a trade point for the city, but also as an outer neighborhood. Many buildings were built with the help of the wealthy of the city, which developed and prospered thanks to maritime trade. The city, which is at the forefront in terms of religion as well as administrative, hosted many structures in both the Lycian and Byzantine periods.

Highlights of the city

There are many different structures and events that make the Ancient City of Myra important. Some of these structures are the rock tombs from the Lycian period, the Church of St. Nicholas, one of the important figures of the Byzantine period, and the ancient theater from the Roman period. One of the events that ensured the city’s reputation for a long time is that St. Nicholas served as the city bishop in the 4th century AD. St. Nicholas, who reached the rank of saint after his death and whose church was built in his name, is known as Santa Claus throughout the world.

One of the highlights of Myra is that Artemis, the mother goddess of the city, is in the form of Cybele, the oldest goddess of Anatolia, on the coins minted with her own name. This indicates that the city is important for more than just a civilization. One of the things that makes the city important for Christian societies is that St. Paul visited it in the 6th century AD when it was the capital of Lycia. In addition to these situations, the rock tombs identified with the city are among the prominent features of Myra.

Current situation of the city

Although a large part of the Myra Ancient City remains under the alluvial deposits brought by the Demre Stream, there are also structures that have survived to the present day. St. Nicholas Church, which attracts visitors from all over the world thanks to its reputation and importance, is among the most important structures of Myra. This church, which is of great importance for Christian societies, reflects the architectural features of the Middle Byzantine Period. The Roman period walls surrounding Myra are in very good condition today. There are also ruins of baths reflecting the examples of Roman brick architecture in the region.

Both the stage part and the sections where the audience sits of the Roman Period theater located in the south of the city of Myra are in good condition today. There are rock tombs identified with the city behind and around the theater. The rock tombs, which also bear the characteristics of the wooden house architecture of the Lycian Civilization, are embossed and inscribed. These tombs, which inform about who the tombs belong to, reflect the characteristics of the period. 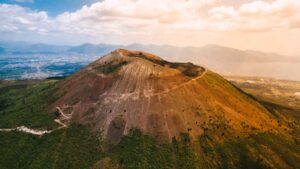 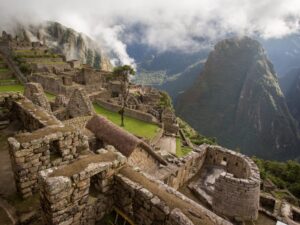