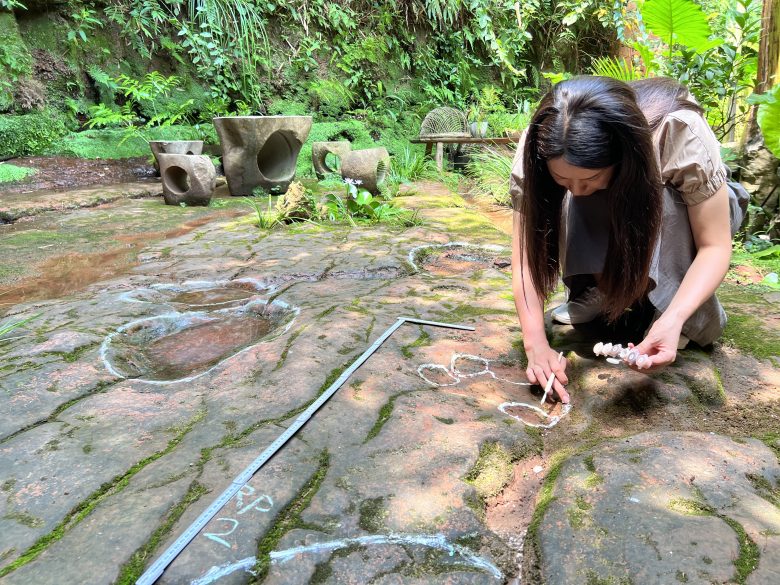 Experts confirmed that dinosaur tracks consisting of fossil footprints were found at a gardening-and-forest-themed restaurant in downtown Leshan, just 5 kilometers away from the location of the city’s landmark Giant Buddha, the world’s largest stone Buddha statue.

Several stone pits at the restaurant in Leshan, Sichuan province, contained the footprints of two sauropods, a type of dinosaur that lived during the early Cretaceous period, said Lida Xing, a paleontologist and associate professor at the China University of Geosciences. Using a 3D scanner, Xing’s team verified the discovery.

Sauropods were the world’s largest animals, distinguished by their enormous necks and tails. They may grow to be the length of three school buses and so hefty that they must have shook the earth as they moved.

According to Xing, the two sauropods who left the imprints were probably about 8 meters (26 feet) long.

According to Xing, China‘s fast expansion in recent decades has made paleontology more challenging. “It’s unusual to find fossils in the city because they’ve all been covered up by buildings,” he explained. His team intends to explore prospective discovery sites within 48 hours of receiving a report, citing concerns that they “may be destroyed by construction activities in days.”

Before it was a restaurant, the location was used as a chicken farm, with the dinosaur footprints buried by layers of dirt and sand, shielding them from erosion and weather damage.

When the restaurant debuted a year ago, the dirt was only recently removed. The owner preferred the natural aesthetic of the uneven stone and chose not to level it with cement, according to Xing.

According to CNN‘s report, the restaurant owner has since walled off the place to prevent people from treading on the pits. And may erect a shed to better safeguard the imprints.

“Nobody would have shown me photographs of probable dinosaur (fossils or footprints) 10 years ago,” he said. “But now I get a lot of them from regular people, and I confirm numerous dinosaur footprints every year.”