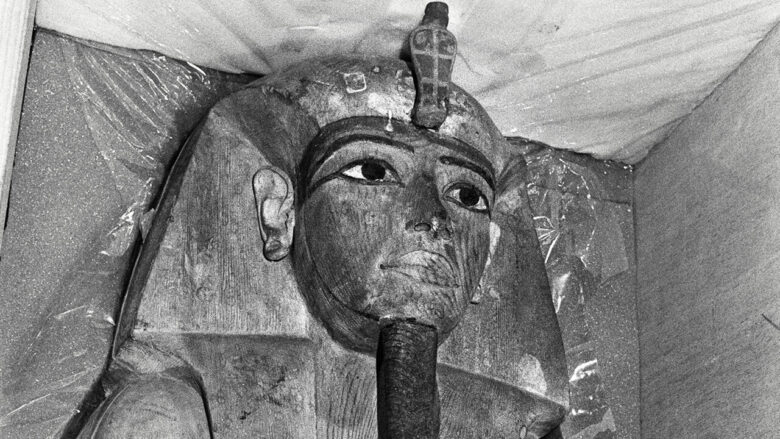 In a five-month exhibition that begins in April, the sarcophagus of Ramses II, one of ancient Egypt’s most notable pharaohs, will make its first trip back to Paris in 50 years.

As a part of the traveling Ramses the Great and the Gold of the Pharaohs exhibition organized by the Houston Museum of Natural Science, the intricately adorned casket will be displayed among dozens of other ancient Egyptian artifacts.

Before going to Sydney and Paris, the show will stop in San Francisco and Houston. However, the coffin will only be displayed during the trip’s Paris leg, which concludes on September 6. After that, it will be flown back to Egypt.

The uncommon loan of Ramses II’s sarcophagus was only permitted, according to the French embassy in Egypt, through a specific provision given for France.

The exemption was made, according to Dominique Farout, an Egyptologist who serves as the exhibition’s scientific commissioner, because the sarcophagus and the mummy it formerly contained were treated for fungus in France when they were last on show there in 1976.

The mummy was also on exhibit back then, but due to changes made to the nation’s antiquities law, which forbid its departure, it won’t be leaving Egypt for this year’s event.

Ramses is seen on the wooden coffin lying on his back, clothed in vivid colors, and with his arms crossed over his chest, which was a traditional position for ancient Egyptian royals to be buried in. He has his office whip in one hand and his sceptre in the other. Black lines frame the king’s eyes, and the vibrant colors of the casket make the stripes on his pharaonic headpiece stand out.

According to the reports of The National News, the organizers want to build on the popularity of Ramses II’s first trip to Paris. He is one of the most well-known individuals from ancient Egypt and is known as Ramses the Great.

Mr Farout said that: “I almost wept for joy that I would be seeing him again here when they told me he was coming to Paris.”

The display will also feature additional sarcophagi, statues, amulets, masks, solid gold and silver jewelry, mummified animal bones, other sarcophagi, and other artifacts that are permitted by law to leave Egypt together with the sarcophagus.

King Tutankhamun’s treasures, another notable ancient Egyptian king, were on display during a Paris exhibition in 2019 that drew 1.4 million people.