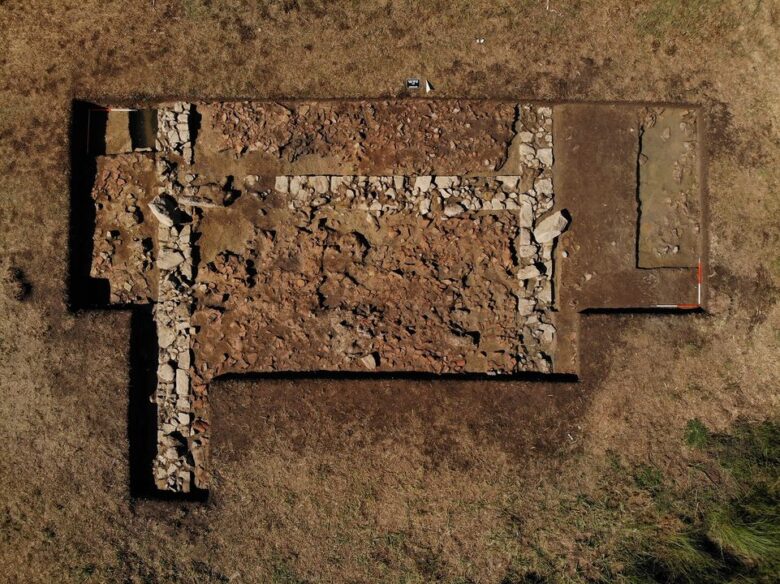 Archaeologists have recognized ancient ruins discovered in Elis, Greece, as the lost temple of Poseidon of Samikon mentioned in the writings of the eminent ancient Greek geographer Strabon.

The Ephorate of Antiquities of Elis explored the Kleidi location, on the western side of the Peloponnese peninsula, in partnership with the Austrian Archaeological Institute, which co-funds the search project, which is also supported by the Gerda Henkel Foundation.

According to Greek Reporter‘s news, uncovered were pieces of a big building’s wide skillfully built walls. The earliest discoveries place the ruins in the Archaic era, which is consistent with Starbon’s depiction of an Amphictyonic League headquartered in this area around a Poseidon sanctuary.

“Thick layers of roof tiles fill the space between the walls. Based on the anomalies of the geophysics, a building of at least 28 meters in length can be calculated, which had two interior rooms as well as a pronaos and an opisthodome or adyton. The elongated large building can be nothing other than an archaic temple located on the site of the sanctuary of Poseidon, perhaps even dedicated to the god himself,”  in a Facebook post, the Austrian Archaeological Institute’s Athens Branch explains.

It continues by stating that the finding of a marble perirrhanterion, along with the roof fragments, is proof that the massive structure dates to the Archaic era: “The large marble vessel itself, imitating a bronze bowl, is characteristic of the inventory of a sanctuary.”

According to researchers, the sanctuary near the vanished town of Samikon was the religious center of the cities that comprised the Amphictyonic League of Trifylia and was dedicated to the Olympian deity of the Seas, Poseidon. Amphictyonic league in Archaic Greece was an ancient religious association of tribes. Formed before the rise of the Greek poleis.

Austrian Archaeological Institute in Athens said that: “For a long time it has been suspected as the location of the famous ancient temple, the plain below the ancient Samikon fortress, situated on a hill north of the Kaiafa lagoon (a lake type) on the west coast of the Peloponnese.”

“Based on the information conveyed by Strabon in the 8th book of his Geographica, the regionally important cult centre of the amphictyony of the cities of Triphylia was located here.”

Archaeaologists believe that the discovery will shows on the political and economic importance of the 6th-century BC amphictyony, as the sanctuary of Poseidon at Samikon formed the centre of their religious and ethnic identity.

Since the first phase of the five-year research program at Kleidi has just been completed, archaeological work at the location of the long-lost Poseidon sanctuary will continue until 2026.

The project intends to investigate the topography of the area as well as the Poseidon sanctuary, as well as to identify the harbour at Samikon.