The findings from the Polish Cave indicate that humans entered central Europe earlier than previously assumed.

Homo heidelbergensis, the last presumed common ancestor of Neanderthals and modern humans, is considered to have produced stone tools in what is now Poland half a million years ago. Previously, it was unclear whether humans had reached central Europe by this time in history; hence, the new finding may help to clarify the timeline of our spread throughout the continent.

“Peopling of Central Europe by Middle Pleistocene hominids is highly debatable, mainly due to the relatively harsh climatic and environmental conditions that require cultural and anatomical adjustments,” write the authors of a recent research on the relics. They specifically point out that evidence of human occupancy north of the Carpathian Mountains during this time period is extremely sparse, owing to the difficulty that ancient hominids would have experienced while attempting to cross the range.

The tools that could change the course of this story were discovered in the Tunel Wielki cave, just north of Kraków. The cave, which was first excavated in the 1960s, it shows signs of human occupation that were once estimated to be no older than 40,000 years.

Archaeologists chose to visit the location once more in 2018, though, after seeing that some of the animal bones found inside the cave appeared to be hundreds of thousands of years old.  Digging deeper than earlier excavations, the researchers discovered layers of sediment containing the bones of species that lived between 450,000 and 550,000 years ago.

Among them were some big extinct carnivores, such as “the immense Lycaon lycaonoides,” a large type of wild dog that vanished from central Europe around 400,000 years ago. The Eurasian jaguar, Mosbach wolf, and a species of cave bear known as Ursus deningeri were all discovered to have lived in the cavern at this time as well.

According to the news of IFL Science, the discovery of 40 flint artifacts by the researchers within the same layer of sediment, proving that these tools were made at the same time in history, was the most intriguing discovery. As a result of their age, they were most likely created by H. heidelbergensis, which occupied numerous locations around Europe at the period. And, unlike other nearby human occupation sites from the time, this is the first to be located within a cave.

Since caves were not the ideal places to camp, study author Magorzata Kot said, “We were surprised that half a million years ago people in this area stayed in caves.” A cave provides natural protection. There is a sense of security because it is a closed area. We discovered signs that perhaps point to the use of fire by those who resided there, which undoubtedly assisted in taming these gloomy and swampy areas.

These findings suggest that humans had reached the Carpathians by about 500,000 years ago, but Kot asserted that they most likely couldn’t have survived at latitudes higher than Tunel Wielki. She said, “It is rather unlikely that they went farther north. “We are likely at the northernmost point where they can survive.”

By discovering bones of H. heidelbergensis at the Tunel Wielki site, the researchers now hope to validate their presumptions. Unfortunately, because the genetic material they contained did not survive, they have not yet been able to identify the hominid remains found inside the Polish cave. 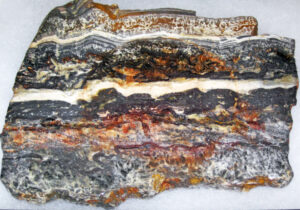