Restoration work continues in Shusha, the cultural center of Azerbaijan 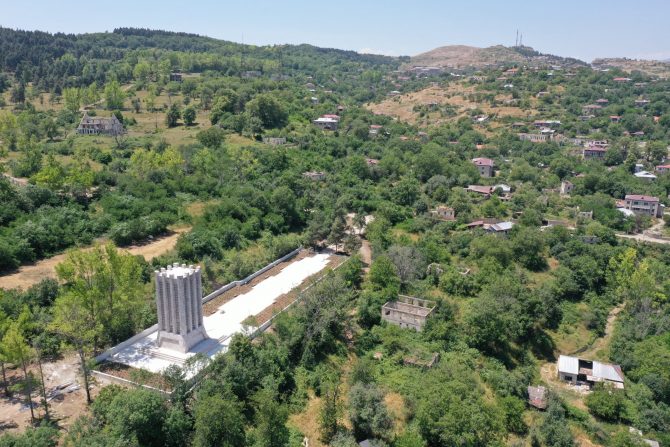 Restoration works of historical and cultural buildings in Shusha, the cultural capital of Azerbaijan, continue.

There are many historical buildings in Shusha, the symbol city of Karabakh, which was liberated from the occupation of Armenia. Some of these structures were damaged during the occupation period, while others were completely destroyed.

Among the historical buildings in Shusha, which is important with its nature and cultural heritage and also described as the “beating heart of Karabakh”; There are many structures such as the Khan and Gahal caves, various castles, especially the Shusha fortress, the Ganja gates, the Gövhar Ağa Mosque, the trade center Rastabazar.

In addition to its cultural and historical heritage, Shusha also stands out with its clean air and nature. The city, which was built at an altitude of 1403 meters above sea level, is also known for its mineral water called Turşsu, a place where people rest and receive treatment before the occupation of Armenia.

The Jidir plain also stands out as one of the important places showing the natural beauties of the city. After a long hiatus, the traditional “Hari Bülbül” music festival was held in May 2021 in the Jidir plain.

The city, which is strategically important due to its geographical location dominating the region as well as being one of the symbols of Azerbaijan’s history and culture, was occupied by Armenian forces on 8 May 1992. The Azerbaijani army liberated Shusha from occupation on November 8, 2020.