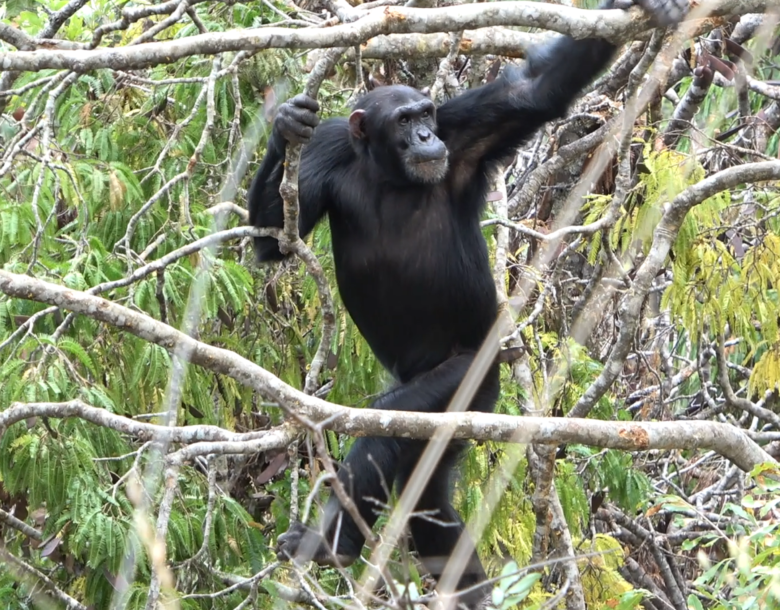 In an unexpected development, learning to walk on land may not have had any role in the genesis of human bipedalism.

One of the greatest human achievements is often cited as walking on the moon, but any biological anthropologist would likely disagree, stating that the capacity to walk upright on two legs in the first place is what makes us human. But the exact driving force that shifted locomotor behavior in our early human ancestors has largely remained a mystery.

According to a recent study that was just published in Popular Science, our ancestors switched to two feet in order to better graze for food on tree branches. The research results might change an established notion of human bipedalism.

“Bipedalism is a defining feature of the human lineage and is the first thing to separate our fossil ancestors from other apes. Understanding why it evolved is thus key to understanding what made us human,” said the study’s primary author, Rhianna Drummond Clarke, a Ph.D. candidate in biological anthropology at the University of Kent in the United Kingdom.

The authors argue that the urge of evolution to survive would have compelled our early ancestors to adapt if something threatened a basic need—food, drink, air, and shelter. The “savanna hypothesis,” according to which our ancestors started walking on two feet in reaction to shifting habitats, is the widely accepted theory backed by anthropologists. About 10 to 2.5 million years ago, tropical forests began shifting into dry and open savannas. With fewer food alternatives due to the loss of trees, early humans were forced to congregate on the ground rather than continue to forage in trees. Bipedalism is thought to have evolved as a result of this habitat change.

Some anthropologists, meanwhile, have expressed skepticism toward this theory. According to senior research author Alexander Piel, a biological anthropologist at the University College London, a shrinking forest probably had an impact but did not force us to walk on two legs.

There hasn’t been a definitive answer in part because there are few fossil traces of our predecessors during the period when it is believed that human bipedalism first appeared. Additionally, the evidence that is present doesn’t appear to support the savanna concept. For instance, previous studies that reconstructed the ancient environments of that time period revealed that fossils are not found in open meadows but rather in wooded places. The fossilized remains of hominins also display evidence of ape-like forelimbs, which would have made it easier for them to swing from trees and climb them. Piel tends to favor the “arboreal hypothesis,” according to which humans developed upright gait to facilitate better foraging for food in trees.

In the savannas of Issa, Tanzania, the authors spent 15 months observing the behavior of 13 chimpanzees for the current study. According to Piel, the scientists settled on the Issa population because it is a closely related primate that inhabits a habitat that is comparable to one from a million years ago. “What better place to investigate some of the key features and the pressures on their evolution that define our own species?”

A primate species called Issa chimpanzees live around half of their lives in trees and the other half of their lives on the ground. When compared to living in a forested habitat, the study’s authors wanted to see if living in a savanna lengthened their stay on land. The findings demonstrated that Issa chimpanzees spend the same amount of time in trees whether they were in a savanna or a forest environment. The Issa chimpanzees spend more time in the trees than chimpanzees that usually inhabit forested areas, according to locomotion data from other chimpanzee groups collected in other studies. In actuality, they most closely resembled the forest-dwelling Kibale chimpanzees in terms of behavior.

Besides, the researchers found an intriguing trait in the chimpanzees’ upright walking. More often than not, Issa chimpanzees were observed standing on two feet when they were in the woods. In the jungle, bipedal mobility was frequent when in search of food. The findings imply that bipedalism may have evolved as a method to spend more time carefully looking for food among the trees that were still present in the savanna.

This work is a “wonderful” contribution of locomotion data, according to Scott Williams, an evolutionary morphologist and paleoanthropologist at New York University who was not involved with the study. He does, however, contend that savannas played a major role in the evolution of bipedalism. He contends that a different interpretation could be made of the data demonstrating that Issa chimpanzees in the savanna engage in bipedal mobility 4 to 25 times more frequently than those in forests. “To me, this suggests almost the opposite of what the authors interpret—that savanna habitats selected for bipedal locomotion in early hominins.”

Williams suggests an alternative explanation: rather than foraging on the ground in an open savanna, chimpanzees may have spent more time in the trees because it may have been safer and reduced their exposure to predators.

On the other hand, some anthropologists are receptive to the notion that bipedalism resulted from factors other than shifting terrain. Because of where the research was conducted, says Alyssa Crittenden, an anthropology professor at the University of Nevada, Las Vegas, the study offers compelling evidence in favor of the arboreal hypothesis. She said “This important study provides support for the hypothesis that hominin bipedalism likely evolved within an arboreal context and persisted long after hominids began living in and utilizing more open landscapes with less vegetation.”

Despite the unique location that closely resembles the prehistoric landscape, Williams points out that the arboreal hypothesis does not explain how non-tree dwellers, such as kangaroos, hopping mice, and even cockroaches, evolved to have bipedal movements.

According to Williams, “The traits we identify in hominins like Ardipithecus, Australopithecus, and Homo are clearly related to terrestrial, not arboreal, bipedalism,” “although many species seem to have retained [other] adaptations to arboreality, which is a useful thing when food is in the trees and predators are on the ground.”