What triggered the last ice age may have been found 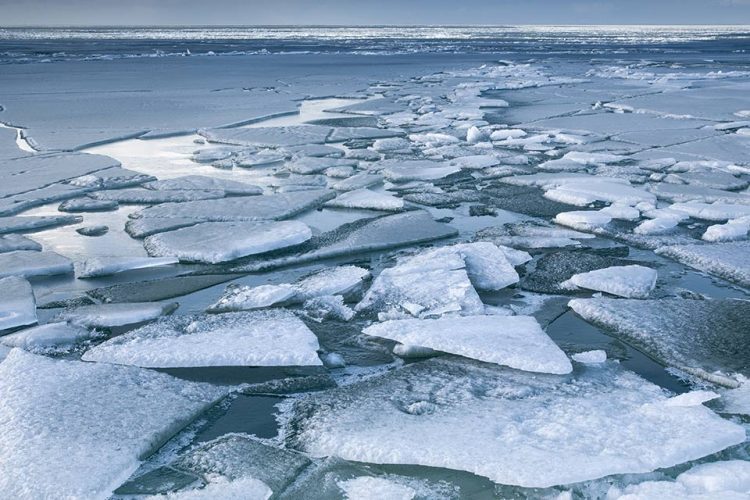 When the last ice age started 116,000 years ago, the Northern Hemisphere was completely covered in ice. Scientists were surprised that it only took 10,000 years for these sheets to expand and combine.

Scientists have traditionally struggled to explain the vast ice sheets that blanketed Northern Europe and Scandinavia, despite the fact that the warm water pushed up by the North Atlantic Current should have rendered Scandinavia mostly ice-free.

“The trouble is that we don’t know where those ice sheets (in Scandinavia) came from or what caused them to spread in such a short period of time,” said lead author Marcus Lofverstrom in a statement.

Ocean gates in the Canadian Arctic Archipelago were discovered to be critical in managing the North Atlantic climate by the researchers. This gateway thus had a role in determining whether or not the ice sheets in Scandinavia expanded. The simulations found that as long as the Canadian Arctic Archipelago remained open, the Earth’s orbital arrangement chilled the Northern Hemisphere sufficiently to allow ice sheets to form in Northern Canada and Siberia.

The scientists also looked into whether marine ice sheets hindered streams in the Canadian Arctic Archipelago. Fresh Arctic and North Pacific water is normally channeled through the Canadian Arctic Archipelago; but, in this case, it was redirected east of Greenland. The diversion led the North Atlantic deep circulation to weaken and freshen, colder weather in Scandinavia, and sea ice extension.

“Using both climate model simulations and marine sediment analysis, we show that ice forming in northern Canada can obstruct ocean gateways and divert water transport from the Arctic into the North Atlantic,” Lofverstrom said, “and that in turn leads to a weakened ocean circulation and cold conditions off the coast of Scandinavia, which is sufficient to start growing ice in that region.”

“These findings are supported by marine sediment records from the North Atlantic, which show evidence of glaciers in northern Canada several thousand years before the European side,” said Diane Thompson, study author. “The sediment records also show compelling evidence of a weakened deep ocean circulation before the glaciers form in Scandinavia, similar to our modeling results.”

Overall, the trials may indicate that the production of marine ice in Northern Canada was essential for the development of Scandinavian glaciers.

“It is possible that the mechanisms we identified here apply to every glacial period, not just the most recent one,” Lofverstrom said. “It may even help explain more short-lived cold periods such as the Younger Dryas cold reversal (12,900 to 11,700 years ago) that punctuated the general warming at the end of the last ice age.”