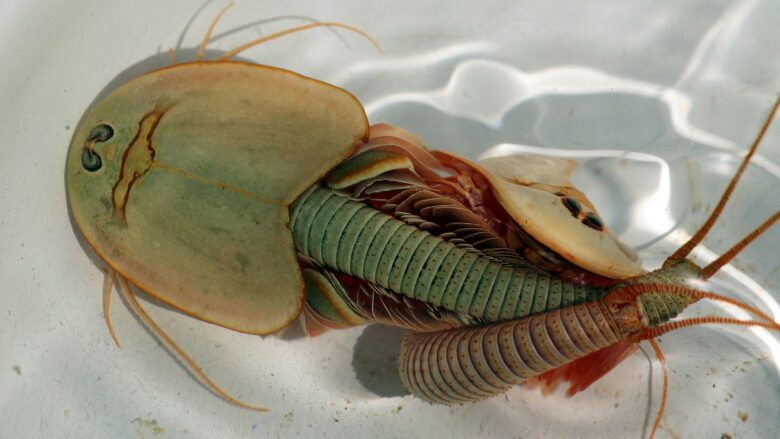 These ancient crustaceans are little in stature but powerful in history. Adar Leibovitch, an Arizona visitor, recently photographed a colony of prehistoric triops, a tadpole shrimp that has survived for hundreds of millions of years.

The so-called “living fossil” was discovered by the Israeli computer engineer, 29, near the Wave, a famous rock structure that lies on the boundary between Utah and the Grand Canyon State.

Leibovitch told Viral Press that: “These cool little creatures are called Triops also known as a living fossil. This creature is one of the oldest creatures that are still walking amongst us.”

According to the news of New York Post, although some may identify the animals as “aquasaurs,” offered as pet store kits, the genus Triops is one of only two extant members of the order Notostraca (together with Lepidurus). It is frequently observed in shallow, rain-soaked pools of water. They can be transported easily because their eggs can be dried while they transition into a dormant state, and they only hatch when they come into touch with the right amount of fresh water.

“They can lay eggs and only until the Triops baby knows that it’s safe to come out or when it touches the water the eggs can hatch. The egg can sit there for nine years before it hatches.” said Leibovitch.

They aren’t just props for pet stores though. Because they feed on Culex mosquito larvae, triops are seen as human friends in the fight against the West Nile Virus. Triops, which eat the weeds around rice farms, are also utilized for pest management in Japan in carefully managed populations. Triops are recognizable by their third eye in addition to their distinctive telson and shield-like body. Thus the name, which derives from the Greek words tría, which means “three,” and ops, which means “eye.”