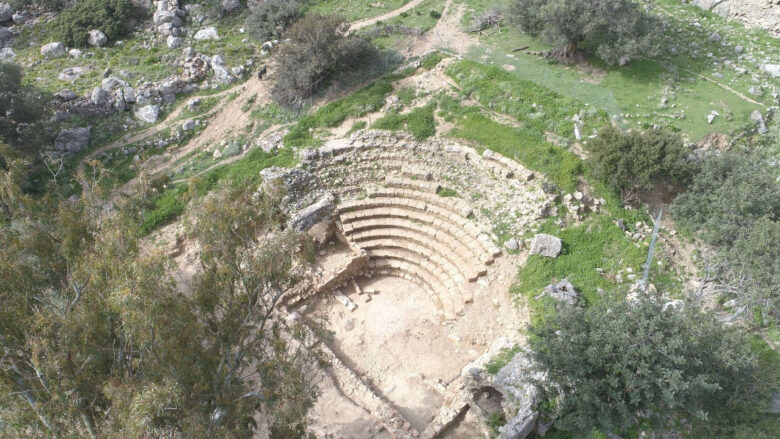 At a remote archaeological site on the Greek island of Crete, archaeologists found an old Roman odeon. Romans and their visitors most likely attended a variety of events in the odeon, including lectures, musical competitions, city council sessions, and theatrical performances. In the ruins of the town of Lissos, which is located in Southwest Crete, the archaeological team discovered the unusual Roman building.

Since the alleged archaeological relics can only be reached by sea transport or a strenuous climb, archaeologists have not explored Lissos for a number of decades. The location has been ignored because of its seclusion. The odeon, which is analogous to a contemporary amphitheater where persons can present in front of an audience, was discovered during recent archaeological work at Lissos.

The news from Nature World News states that earlier research has revealed that Lissos was inhabited before its name appeared in history books during the 4th century B.C. This is probably because the town is in ancient Crete is across the Mediterranean Sea. It is possible that visitors going through the Mediterranean roads made a big stay in Lissos because of Cyrene, an ancient Greek city in what is now Libya.

Finding a portion of the stage, which included 14 rows of seats and two vaulted side chambers, was the first stage of the odeon’s excavation. The shrine to the Greek god of medicine and hero Asclepius at Lissos was transformed into a political hub with a new mosaic center during the height of the Roman Empire between 1 AD and 4 AD, when the old Roman theater was built.

A major portion of a public building, in the shape of a conservatory or parliament building, was found after an excavation was conducted for the first time in 62 years. The excavation is a component of a programme to promote and safeguard the ancient site of Lissos in Chania, the Greek government agency further noted.

According to historical writing, the Greeks and Romans had a similar culture and system of belief. This is due to the fact that Greek culture did not diminish but rather was absorbed and disseminated by both the Romans and the Macedonians, the latter of whom were led by Alexander the Great.

Greek literature and theater, in particular, were important components of Greek culture and had an influence on contemporary theatre, which the Roman Empire and various other civilizations may be shown to have incorporated.

The discovery of the old Roman odeon on Crete, an island off the southern coast of Greece, demonstrates the size of the Roman Empire and how it carried on some aspects of the ancient Greeks, who are said to have perished some 3,200 years ago as a result of what appears to have been a drought.