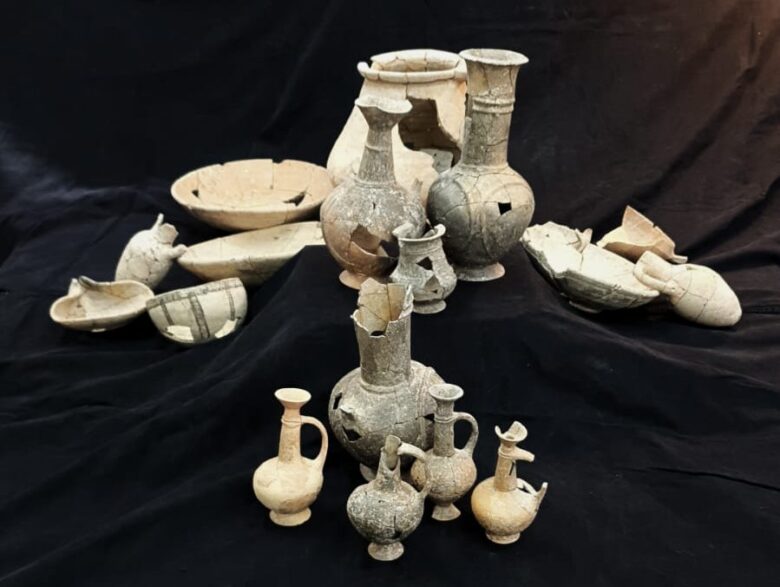 The oldest documented instance of opium use in antiquity was uncovered by Israeli researchers who found traces of the drug in ceramic items from the 14th century B.C.E.

The clay objects, which resemble inverted poppies, were first uncovered in 2012 during an excavation in Tel Yehud, an Israeli town about seven miles outside of Tel Aviv. The researchers tested the Late Bronze Age artifacts for drug residue because the poppy flower plant makes opium.

Their discoveries are now the focus of a new paper published in Archaeometry. Researchers from the Israel Antiquities Authority, the Weizmann Institute of Science, and Tel Aviv University were able to detect traces of the hallucinogenic substance in eight of the ceramics, some of which had been brought from Cyrpus and others that had been found locally.

According to Smithsonian Magazine‘s report, archaeologists believe that since the containers were found in a Canaanite burial site, the opium may have been used in a ritualistic death ceremony. Canaanite was a Semitic-speaking civilization and region in the Ancient Near East during the late 2nd millennium BC.

According to Ron Be’eriof of the Israel Antiquities Authority, who released a statement announcing the discovery, “It may be that during these ceremonies, conducted by family members or by a priest on their behalf, participants attempted to raise the spirits of their dead relatives in order to express a request, and would enter an ecstatic state by using opium.”

Or perhaps, “the opium could have been “intended to help the person’s spirit rise from the grave in preparation for the meeting with their relatives in the next life.” he continues.

The opium poppy is one of history’s earliest medicinal plants. And while researchers believe the drug’s history goes back even further into the past, the new discovery is the earliest evidence of the substance itself. In this case, experts hypothesize that the opium originated in what is now Türkiye, traveling next through Cyprus and all the way to Israel-which highlights the complexity and grandeur of the vast international trade networks of this period.

For example, a Tel Arad altar from the eighth century B.C.E. has cannabis residue on it when it was uncovered by experts in 2020. However, the opium residue is nearly 600 years older.