Bronze Age structure and Scythian arrowheads were discovered in Ukraine 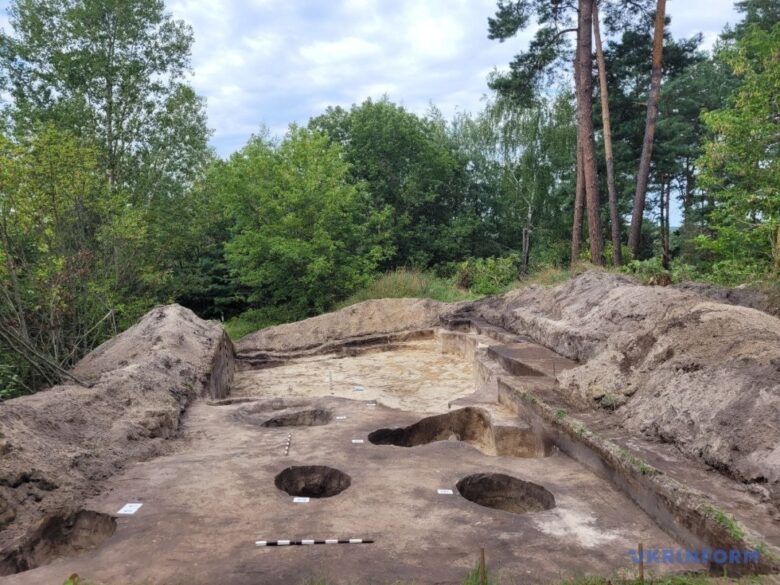 Recently, archaeologists in Ukraine discovered an abundance of arrowheads, spinning wheels, and ceramic fragments from the late sixth and early fifth centuries B.C., when the region was inhabited by Scythian nomads known for their prowess as mounted archers.

From roughly 800 B.C. to 300 A.D., a group of nomadic tribes with a similar culture called the Scythians inhabited extensive grassland areas between China and the northern Black Sea coast. The fifth-century B.C. Greek historian Herodotus claimed that all Scythians descended from the hero Heracles and a creature that was half-woman and half-snake, with whom Heracles had a son named Scythes. The Scythians, however, may have been descended from numerous Siberian, East Asian, and Yamnaya Eurasian populations, and the tribes may have been ethnically varied, according to recent archaeological and genetic investigations.

The Bilsk Historical and Cultural Reserve, which is located close to the village of Bilsk in the Poltava district of central Ukraine, is home to remnants of the Scythian civilisation. According to Ukrainer, a media project aiming at spreading cultural stories of Ukraine, there were the ruins of a 12,300-acre (5,000 hectare) village between the rivers Vorskla and Sukha, Hrunia, from which a multitude of items have been excavated in recent decades.

According to the news of Live Science, human-made earthen ramparts can still be found in the fortified settlement, which many researchers associate with Gelonus, an important trading hub documented in Herodotus’ writings.

According to a statement released by Ukrinform, Ukraine’s official information and news agency, archaeologists excavating the reserve found 40 objects dating to the Scythian period, including fragments of locally produced Scythian ceramics and Greek tableware probably made in ancient Attica and Olbia. The team also found evidence of “different economic buildings,” as well as grain and rubbish pits, the statement adds.

The team has not uncovered any ancient dwellings in the area, as “probably, they were destroyed during the development of a quarry that operated in this area in the past years,” Ihor Korost, director of the Bilsk Historical and Cultural Reserve, told Ukrinform.

The archaeologists did, however, unearth the remnants of a Late Bronze Age residence measuring around 76 square yards (64 square meters) at a neighboring site; this dwelling predates the Scythian artifacts and buildings.

“Just imagine, it is more than 3,300 years old!” Korost told Ukrinform of the dwelling. “Further research of the site will make it possible to determine its exact age, establish the stages of development, and features of settlement.”