A hitherto unidentified population that resided in Siberia during the last Ice Age around the boundaries of modern-day Russia, China, Mongolia, and Kazakhstan has been revealed via genetic study. It appears that this enigmatic group of people was connected to the several waves of humanity that bravely migrated to North America.

It appears that some people did in fact move from North America to North Asia across the Bering Strait in the “reverse” route. Currently residing in northern Siberia are some individuals who still carry on this historic tradition of the Americas.

Scientists from the Max Planck Institute for Evolutionary Anthropology examined the genomes of ten people who lived in the Altai area of southern Siberia about 7,500 years ago in order to reach their conclusions. In addition, they examined the genetic composition of modern Eurasian and Native American populations.

Their findings indicated that the hunter-gatherers of the Altai region had a “unique gene pool” that suggests they were descended from two significant ethnic groups that once inhabited this region of Eurasia: the paleo-Siberians and the Ancient North Eurasian (ANE) people.

Cosimo Posth, from the University of Tübingen in Germany, said that: “We describe a previously unknown hunter-gatherer population in the Altai as early as 7,500 years old, which is a mixture between two distinct groups that lived in Siberia during the last Ice Age.”

“The Altai hunter-gatherer group contributed to many contemporaneous and subsequent populations across North Asia, showing how great the mobility of those foraging communities was.”

According to the news of IFL Science, ancient Northeast Asian (ANA) ancestry was also found in one of the ancient people from Nizhnetytkesken in Altai, demonstrating that this lineage extended around 1,500 kilometers (932 miles) further to the west than was previously thought. In addition, scientists discovered connections between Jōmon hunter-gatherers who lived in the Japanese archipelago and Neolithic people in the Russian Far East. The word “Jomon” refers to the early Holocene hunter-gatherers who lived in Japan between 14,000 B.C.E and 1000 B.C.E in the southwest and 500 C.E in the northeast.

In other words, the DNA study suggests that strongly related people lived in this large region of Northern Asia, Southern Siberia, and North America as early as 10,000 years ago.

“The finding that surprised me the most is from an individual dated to a similar period as the other Altai hunter-gatherers but with a completely different genetic profile, showing genetic affinities to populations located in the Russian Far East. Interestingly, the Nizhnetytkesken individual was found in a cave containing rich burial goods with a religious costume and objects interpreted as possible representation of shamanism.” said Ke Wang, from Fudan University, China.

“His grave goods appear different than other local archeological contexts implying mobility of both culturally and genetically diverse individuals into the Altai region,” she added.

The fact that many individuals must have returned from North America to North Asia during the past 5,000 years was another remarkable revelation.

On the date when humanity initially set foot in the Americas, researchers are not entirely in agreement. While the majority of estimations place human habitation on the continent around 15,000 years ago, others contend that there is evidence of human habitation dating as far back as 30,000 years.

It does seem that some of the people “turned around” and returned to Eurasia, regardless of when they initially arrived in the Americas. This was demonstrated by contemporary residents of northern Siberia whose genetic makeup provides compelling evidence of geneflow connected to Native Americans.

The hunter-gatherers of the Altai demonstrate that this unique region of Eurasia formerly supported highly linked groups that traversed enormous distances back and forth across the continents as early as 10,000 years ago. 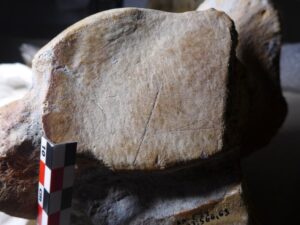 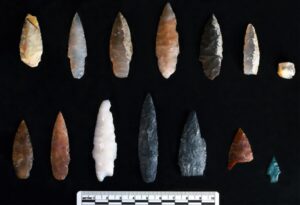