In Israel’s Negev Desert, a 1,200-year-old mansion was discovered 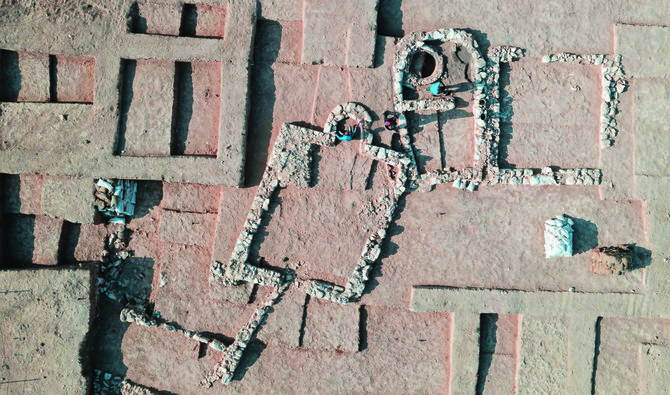 Archaeologists in Rahat have discovered an mansion with a finished basement that most likely belonged to a wealthy landowner during the early Islamic Period between two mosques.

It’s possible to find luxury in unexpected places. In the southern Negev desert of Israel, archaeologists discovered a 1,200-year-old estate. This estate had unusual underground structures that helped its owners survive the intense summer heat.

The Israel Antiquities Authority speculated that the expansive property may have been the home of a wealthy landowner in charge of nearby farmsteads in a statement about the discovery. It was discovered during excavations for the expansion of Rahat, a Bedouin city just north of Beersheba.

The mansion had four wings and was built around a central courtyard, according to archaeologists. It was constructed in the 8th or 9th century CE during the early Islamic Period. They claimed that one of the wings had finely painted frescoes on the walls and floor, and that other rooms had enormous ovens that were probably used for cooking.

According to The Times of Israel‘s reports, the most surprising discovery, was made beneath the courtyard: a three-meter-deep cistern dug into the rock that provided cool water to the residents all year, as well as adjoining vaulted structures. A cistern is an underground reservoir to collect water.

According to the archaeologists in charge of the IAA excavation, Oren Shmueli, Elena Kogan-Zehavi, and Noé D. Michael, the subterranean vaulted structures were used to store provisions and allowed occupants to roam around freely underneath without having to emerge into the scorching heat.

The archaeologists said in a statement, “The luxurious estate and the unique impressive underground vaults are evidence of the owners’ means.”

“Their high status and wealth allowed them to build a luxurious mansion that served as a residence and for entertaining; we can study the construction methods and architectural styles, as well as learn about daily life in the Negev at the beginning of Islamic rule.”

The IAA’s director, Eli Eskosido, praised the archaeologists’ collaboration with the locals of Rahat. He claimed that the discovery was causing “interest and excitement”

He said that the estate was unearthed in a location nestled between two ancient mosques, maybe among the earliest ever discovered. The Israel Antiquities Authority and the Authority for the Development and Settlement of the Bedouin are collaborating to protect and display the artifacts to the public.”

The IAA announced that the site would be available for free public visits on Thursday, as well as family-friendly digging and sieving activities.