Fish traps dating back 5,000 BC discovered in Norwegian Alps 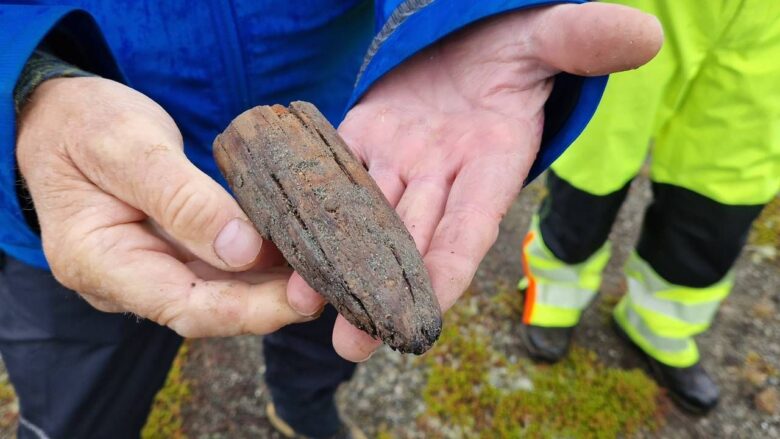 In the Norwegian mountains, prehistoric people didn’t merely hunt reindeer. They had also constructed massive fish traps in the lakes, according to discovery.

Reidar Marstein was out trekking in Jotunheimen in June this year, about 850 meters above sea level, when he noticed something peculiar at the bottom of the alpine lake Tesse.

Every summer, the lake’s water is drained to generate electricity. Marstein saw a pattern in the short wooden poles he saw sticking up in the shallow water. “I saw that they were placed in a particular system,” Marstein said.

The wooden pole system was actually Stone Age fish traps, according to a news statement from the Museum of Cultural History in Oslo. “The find is unique evidence of an ancient fishing tradition in the mountains!”

One of the poles was recently discovered to be 7,000 years old, meaning that it dates back to 5,000 years BC. In Norwegian terminology, this is early Stone Age.

Marstein and freshwater biologist Trygve Hesthagen were able to get a good overview of the poles before the lake was filled with water again over the summer.

On the lake’s bottom, at least three trapping chambers with guiding fences have been located. The fish have likely been guided into the traps by the guiding fences, and the catch can now be gathered from a boat or by a person wading into the water.

The fish traps’ wood is in good condition, and archaeologists intend to learn more about their actual age, how long they were in operation, how frequently they were mended, and what season they were fixed during.

Tesse’s fish trapping structures are among the oldest of their kind in Northern Europe. Remains dating all the way back to the Stone Age, roughly 7,000 years BC, have been discovered in previous excavations near Lake Tesse. The main draw for hunters and gatherers to these mountains would have been the reindeer.

According to the news of Science Norway, traces of reindeer hunting have been discovered in large numbers by glacial archaeologists working on the Secrets of the Ice project, who secure findings that melt out of glaciers in the Alps. The things they unearth are getting older as the ice melts, dating back to the Bronze Age and, the Stone Age.

According to the news release, “There have however been great insecurities around whether or not Stone Age people came to the mountains just to hunt and gather, or if they indeed were also catching trout.”

The fish traps are currently 2-4 meters beneath the water’s surface. Divers from the Norwegian Maritime Museum recently obtained further samples and measurements from the poles. “Examinations of these wooden poles can give us knowledge about the Stone Age which we otherwise just dream of when excavating a Stone Age settlement,” the archaeologists write.

“In a Norwegian and Scandinavian context this is a remarkable find. It’s a gift,” Museum of Cultural History archaeologist Axel Mjaerum stated.