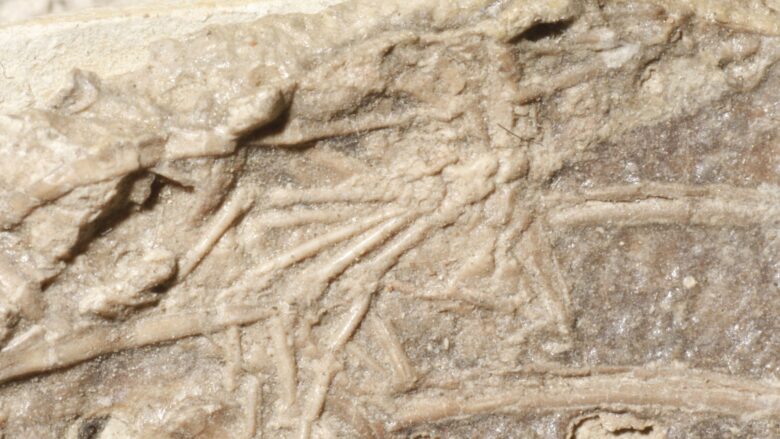 A raptor the size of a crow devoured a mammal for its final supper some 120 million years ago. A recent study indicates that when studying the fossilized bones of the Microraptor, a bird-like predatory dinosaur from China, researchers discovered its last meal.

According to a release, the well-preserved fossil of the Microraptor zhaoianus had a small mammal’s foot that was presumably a rat that was 0.39 inches (1 centimeter) long and was lying inside the little theropod’s rib cage.

In their paper, which was released on December 20 in the Journal of Vertebrate Paleontology, the researchers said that the discovery represents the oldest known instance of a dinosaur devouring a mammal.

Vertebrate paleontologist and Redpath Museum director Hans Larsson, who co-wrote the study, said the following: “At first, I couldn’t believe it. These finds are the only solid evidence we have about the food consumption of these long extinct animals — and they are exceptionally rare.”

According to the statement, there were previously just 20 instances of fossilized bones that included a carnivorous dinosaur’s last meal. The bone of the Daurlong wangi, a raptor species also found in China, was among them. Its intestines was described as having “a huge, blue coating in the belly.” Only four documented examples (not counting this one) of stomach contents from a Microraptor itself have been found among the 20 cases studied by experts.

According to the researchers, the latest find is also just the second instance of direct proof that theropods, a group of bipedal, primarily meat-eating dinosaurs that includes Tyrannosaurus rex, consumed mammals.

According to the news of LiveScience, this Microraptor, whose name translates to “tiny plunderer,” was discovered in the Jiufotang Formation of Liaoning province in northeastern China. Jiufotang has fossils from the early Cretaceous era (145 million to 100.5 million years ago), despite the fact that its exact dates are uncertain, according to a 2000 research that first documented the fossil in the journal Nature.

“We already know of Microraptor specimens preserved with parts of fish, a bird and a lizard in their bellies. This new find adds a small mammal to their diet, suggesting these dinosaurs were opportunistic and not picky eaters.” Larsson said.

Since this might be the first proof of a generalist carnivore being a part of the Cretaceous environment, “Knowing they were not specialized to any particular food is a big deal”. According to the statement, it could have acted as a “stabilizer in the ecosystem” like contemporary foxes and crows.

Larsson added: “Knowing that Microraptor was a generalist carnivore puts a new perspective on how ancient ecosystems may have worked and a possible insight into the success of these small, feathered dinosaurs.”