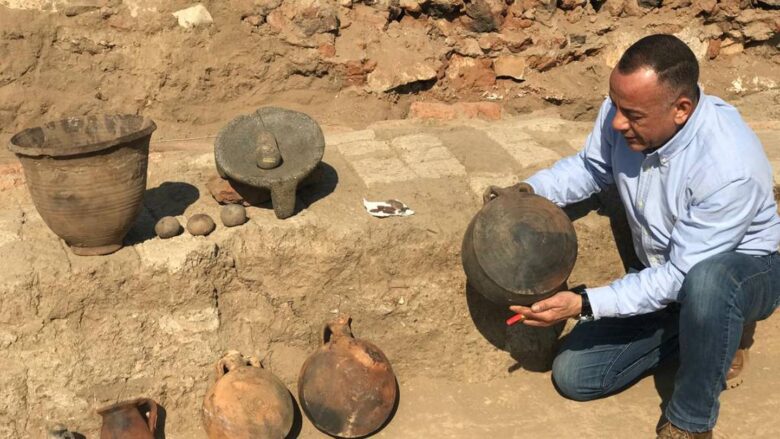 Egypt’s highest antiquities body stated on Tuesday that archaeologists excavating in the historic city of Luxor have discovered a residential city going back to Roman administration in Egypt (30 BCE — 640 CE).

The discovery, on the eastern bank of the Nile near Luxor’s iconic namesake temple, is the first full ancient city to be discovered in Egypt.

The excavation took place in the grounds of Yassi Andrawos Palace, a Luxor landmark that previously belonged to an Egyptian aristocrat who led the rebellion against British control in 1919.

According to Mostafa Waziri, Secretary General of Egypt’s Supreme Council of Antiquities, the excavated city is thought to be an expansion of the ancient city of Thebes.

According to the reports of The National News, Thebes was one of the greatest and most important towns in ancient Egypt, and it is on its ruins that modern-day Luxor is built.

According to the council, among the discoveries were the ruins of seven dwellings and two pigeon-housing towers that the team estimates date back to the second or third century CE.

Excavators discovered the fragments of pottery jars inside the pigeon towers, which they believe were used as temporary nests for the pigeons, according to Dr Fathy Yassin, Director General of Antiquities of Upper Egypt.

Several workshops for the manufacturing and smelting of metals were also discovered. A variety of copper and bronze pots, water kettles, flasks, earthenware, and Roman coins were discovered in the workshops.

According to the announcement, the excavation that culminated in the discovery of the city began in September 2022. Previous excavations in the region have uncovered a number of Byzantine artifacts, additional Roman coins, a portion of a wall, and an ancient Roman storeroom.

Mr Waziri complimented the efforts of Egyptian archaeological teams this year, saying that additional digging will be done on the site since other antiquities are thought to be in the region, waiting to be discovered.