Relief of Heracles was found in a marble quarry in Muğla, Türkiye 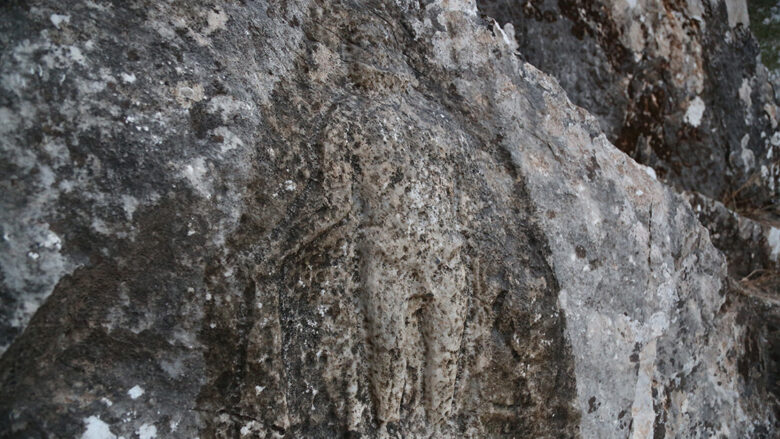 A young man walking around the ancient marble quarry in the Milas district of Muğla to shoot a social media video found a relief considered to belong to Heracles (Hercules). An investigation into the relief has been initiated.

He noticed and take a photo a relief on the marble surface. He then reported the situation to the Milas Museum Directorate. An investigation has been started in the region regarding the relief, which is understood to belong to Heracles and was made about 2,000 years ago.

Recep Aşık prepares videos in the fields of archeology, history, nature and environment to share with his followers on social media. And he told AA that his main goal was to find a trace of Hekatomnos, King of Caria.

“I wondered where the white marbles that were transported to the Gümüşkesen Monument and Euromos Ancient City were unearthed, and I started looking for them. While searching for the mines, I noticed such a relief carved on the stone. I informed the museum officials. The museum officials said that this relief is 2,000 years old. and they say that it may belong to Heracles, who is generally believed to serve as a protection in marble quarries, and who is referred to as a hero in mythology. I am happy to find an artifact that has not been recorded before.”

The officials of the Milas Museum Directorate, who examined the region, started a study to declare the area as an archaeological site by examining the relief and its surroundings, which they thought to be the Heracles statue.

In the Norwegian Alps discovered fish traps dating back 7,000 years