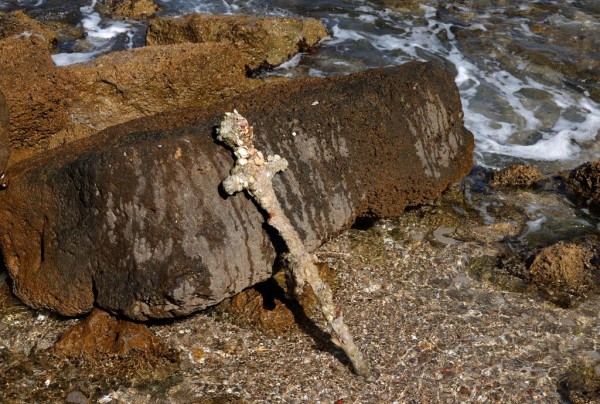 A sword from The Kalmar War’s early 17th century has been unearthed by archaeologists. The Kalmar War was a struggle that lasted from 1611 to 1613 between Denmark-Norway and Sweden. The war arose from ongoing disputes over trade routes, owing to Denmark-Norway’s monopoly over the strait connecting the Baltic and North Seas.

To avoid paying a toll on the use of the “Øresund”, or “Sound” strait, which in the 16th and 17th centuries made up up to two thirds of Denmark’s state revenue, Sweden tried to construct a different route through Lapland. King Christian IV of Denmark and Norway protested to King Charles IX of Sweden, but his objections to the new route were ignored. Finally, in April 1611, Denmark-Norway declared war on Sweden and invaded in response to Sweden’s claim of a traditionally Norwegian area in Northern Norway.

A army of 6,000 Danish men was despatched to Kalmar to take the city and castle under siege. Kalmar was strategically important for centuries, often being referred to as “the key to Sweden,” because the city and fortress controlled the Kalmar Straight and access to the north along the Swedish east coast towards Stockholm.

The Peace of Knäred was signed in January 1613 as a result of the Danes’ failure to entirely defeat the Swedish forces despite their capture of the city.

Now, at the junction of the Kungsgatan and Västerlnggatan roads in Kalmar’s old town, archaeologists have been uncovering a stone cellar. The cellar, according to the experts, may have been a part of a medieval farm; this means that Gotskalk Hulskede possessed it in 1368, according to comparisons with modern documents. Although the property is mentioned in other sources as early as 1483, it seems to have burned down in the summer of 1611, during the Kalmar War.

Two severely burned hand grinders, a pile of charred grains, and broken brick, stone, and wood (presumably from the top floors of the houses) made comprised the floor of the cellar.

While removing the fallen rubble, the team discovered a rare Danish blade, which illustrates an evolutionary leap from a medieval sword to more modern designs that would eventually dominate the 17th century battlefield, according to Heritage Daily‘s report.

“The European forces were going through a military revolution at the time of the Kalmar War, where new strategies and weaponry were being explored. This find fits well into the arsenal of the time.”