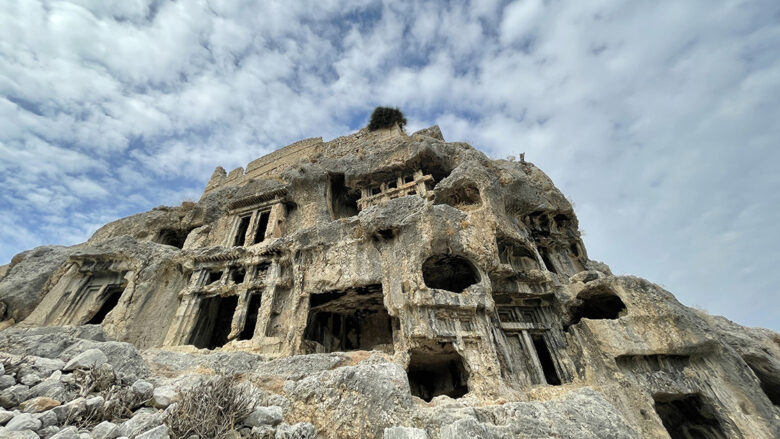 In the ancient city of Tlos in the Seydikemer district of Muğla, which is on the UNESCO World Heritage Tentative List, excavations that shed light on the Lycian civilization and the history of Anatolia continue.

In the city, which is located in Yakaköy District and among the important settlements of the Lycian civilization, excavations are carried out 12 months a year under the chairmanship of Prof. Dr. Taner Korkut from the Archeology Department of Akdeniz University Faculty of Letters. The surveys carried out in the region in 1994 turned into excavations in 2005.

Currently, excavations continue uninterruptedly under the Ministry of Culture and Tourism. The Turkish Historical Society, Muğla Governorship and Seydikemer Municipality also support the excavation. Located in the Western Lycia region, Tlos is one of the 3 most important cities of the Lycian civilization.

Taner Korkut told AA that the Santos Valley, mentioned by Homer in the Iliad Epic, lies in front of this city. “The history of the city was supposed to go back to the Homeric period in written texts. However, due to the lack of archaeological documents, it was believed that the Lycian period could not go beyond the Archaic Age. The Tlos excavations started to change this opinion as of 2019.”

During the excavation, we see the Early Chalcolithic, Bronze Age and Iron Age layers. Studies in the region reveal very important scientific data concerning the history of not only Lycia but also Anatolia.

“Surveys and excavations are also being carried out in the vicinity of Tlos. In the Girmeler Cave in the plain, we have reached very important findings regarding the settlement in the region. The mound in the Girmeler Cave dates back to 14 thousand years ago. Therefore, the history of Lycia should be rewritten in the light of these findings. The claims put forward until today, the migration movements of peoples and the peoples living in the region should be reshaped. All of these have emerged as a result of the excavations carried out in Tlos in the last 10 years. The 14 thousand years of settlement history determined in Tlos is the earliest date in Western Anatolia. Before that, the settlements in Western Anatolia 7-8 thousand years ago were not known much.” He said.

Korkut added, “Excavations are being carried out in the rock tombs, parliament building and stadium area in the acropolis. Excavation and restoration works are being carried out in the baths, basilica, temple and the ancient theater of the city. Last year we strengthened the stage building of the theater. Next year we plan to start the restoration of the entire theater.”

In addition to its scientific significance, the excavations are of course also important for tourism. Although the city is not directly on the tourism route, it hosts several thousand visitors daily during the season. According to the data; 27,261 visitors visited the Ancient City of Tlos in 2021. With its natural beauties, sea, history, cultural structure, museums and ruins, the Turkish city of Muğla is among the indispensable holiday routes of tourists.

Lycian Civilization is that implemented the first democratic practices in history. It is also known as the “Land of Lights”. Today, the peninsula extending into the Mediterranean Sea between the gulfs of Antalya and Fethiye is called “Ancient Lycia”.  Homer, in his famous Iliad epic describing the Trojan wars, tells that the Lycians sided with the Trojans against the Achaeans under the leadership of Glaukos and Sarpedon.

The southern border of the civilization was determined as the Mediterranean Sea, while the eastern, western and northern borders changed according to the periods in the historical process. The ‘Lycian Road Guide Monument’, the map of the Lycian geography, where the routes connecting the settlements to each other and the distance measurements are written, is the oldest and only known highway map in the world.

The Museum of Lycian Civilizations, which provides information about the religious beliefs, economic and social life of the Lycian Union and contains 1476 artifacts, was opened in 2016 in the Demre district of Antalya.

The Museum of Lycian Civilization houses artifacts discovered during excavations in Patara, Myra, Xahthos, Tlos and Olympos, important cities of the Lycians. Visitors have the opportunity to take a fascinating journey through history here. 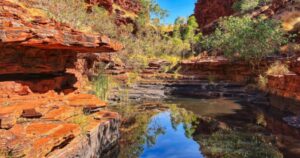 Dating to around 3.6 billion years ago, the Pilbara region of Western Australia is home to the fossilized evidence of the Earth’s oldest lifeforms

Greece’s Twin Lakes of Zerelia made by a meteorite crash